FerGene, a new gene therapy company and Ferring subsidiary, has been created to potentially commercialize nadofaragene firadenovec in the US and to advance the global clinical development. FerGene’s goal is to bring this promising therapy to a patient population which has seen little improvement in their standard of care over the past twenty years. Blackstone will invest $400 million USD and Ferring will invest up to $170 million USD in FerGene. Ferring will also potentially launch and commercialize nadofaragene firadenovec outside of the US.

“Bringing a novel gene therapy to the market requires dedicated focus and capabilities, and FerGene, a Ferring company, will have the resources and team needed to help us potentially bring nadofaragene firadenovec to patients,” said Frederik Paulsen, Chairman, Ferring Pharmaceuticals. “Through this new joint financing model between Ferring and Blackstone Life Sciences, we aim to ensure more people with high-grade, BGC unresponsive, non-muscle invasive bladder cancer may benefit from this novel gene therapy if approved.”

Nadofaragene firadenovec, currently in late Phase 3 development, has been granted Breakthrough Therapy designation and had its Biologics License Application (BLA) accepted for filing and granted Priority Review by the FDA.

“This innovative partnership with Ferring illustrates the unique value of Blackstone Life Sciences in bringing transformative therapies to market. Our expertise and experience in hands-on clinical development and early commercialization will help further advance this promising therapy for bladder cancer patients in the US and around the world,” said Nick Galakatos, Ph.D., Head of Blackstone Life Sciences.

Phase 3 clinical trial results will be presented at the Society of Urologic Oncology (SUO) 20th Annual Meeting in Washington, DC on December 5, 2019 by Dr. Colin Dinney, Professor and Chairman of the Department of Urology at the University of Texas MD Anderson Cancer Center (MDACC) and a founder and past president of the Society of Urologic Oncology Clinical Trials Consortium (SUO-CTC). Dr Dinney pioneered the development of nadofaragene firadenovec and co-heads the development program alongside Dr. Nigel Parker6 of FKD Therapies Oy (FKD). Upon the potential FDA approval, FerGene will hold the marketing authorization of nadofaragene firadenovec.

FKD is a specialist gene therapy company based in Finland focused on the development and regulatory filing of nadofaragene firadenovec, which has been studied in the Phase 3 trial in 33 centers across the US, in conjunction with the SUO-CTC.

“We are excited to present the Phase 3 data at the upcoming SUO meeting,” said Dr. Stephen A. Boorjian, the Coordinating Investigator for the trial and the Carl Rosen Professor of Urology at Mayo Clinic in Rochester, Minnesota. “This trial expands the search for effective alternatives to radical cystectomy for those patients with high-grade, BCG unresponsive, non-muscle invasive bladder cancer, and offers the potential to meaningfully improve future patient care.”

Nadofaragene firadenovec (rAd-IFN/Syn3) is an investigational therapy being developed as a treatment for patients with high-grade, BCG unresponsive, NMIBC. It is an adenovirus vector-based gene therapy containing the gene interferon alfa-2b, administered by catheter into the bladder every three months. The virus enters the cells of the bladder wall, where, it breaks down, releasing the active gene to do its work. The internal gene/DNA machinery of the cells ‘picks up’ the gene and translates its DNA sequence, resulting in the cells secreting high quantities of interferon alfa-2b protein, a naturally occurring protein the body uses to fight cancer. This novel gene therapy approach thereby turns the patient’s own bladder wall cells into multiple interferon microfactories, enhancing the body’s natural defenses against the cancer.

Bladder cancer is one of the most frequently occurring cancers, with an estimated 430,000 patients diagnosed worldwide each year, making it the ninth most common cancer worldwide.1,2 In the US, bladder cancer is the sixth most common cancer, with an estimated 699,450 people living with bladder cancer and more than 80,000 new cases diagnosed each year in the US alone.3 In high-grade NMIBC patients, BCG is the standard treatment, and, although effective, over 60% of these tumors eventually re-occur.2,4 Radical cystectomy (complete removal of the bladder and certain reproductive organs) to prevent the cancer spreading to other organs represents  the  recommended treatment option in this setting, but may be associated with considerable morbidity.5 As such, the BCG unresponsive population is one of high unmet clinical need, which has been recognized by the FDA Guidance for Industry, February 2018.7

FerGene, a new gene therapy company and Ferring subsidiary, has been created to potentially commercialize nadofaragene firadenovec in the U.S. and to advance the global clinical development. FerGene’s goal is to bring this promising therapy to a patient population which has seen little improvement in their standard of care over the past twenty years. Blackstone Life Sciences will invest $400 million USD and Ferring will invest up to $170 million USD in FerGene.

Ferring Pharmaceuticals is a research-driven, specialty biopharmaceutical group committed to helping people around the world build families and live better lives. Headquartered in Saint-Prex, Switzerland, Ferring is a leader in reproductive medicine and maternal health, and in specialty areas within gastroenterology and urology. Founded in 1950, Ferring now employs approximately 6,500 people worldwide, has its own operating subsidiaries in nearly 60 countries and markets its products in 110 countries.

FKD Therapies Oy is a specialist gene therapy company based in Kuopio, Finland originally conceived by scientific and medical founders, Dr Nigel R Parker and Professor Seppo Yla-Herttuala,6 for the specific purpose of undertaking the development of adenovirus mediated interferon alfa-2b. FKD has led the overall development of nadofaragene firadenovec through manufacturing at FinVector Oy, late stage clinical trials and the current BLA filing. FinVector Oy and FKD Oy are part of the Trizell Group.

The Society of Urologic Oncology (SUO) developed a clinical trials network in 2008. Created, owned, and operated by its members, the Society of Urological Oncology Clinical Trials Consortium (SUO-CTC) is a clinical research investigator network of over 340 members from more than 180 clinical sites in the US and Canada. This national alliance of leading academic and community-based uro-oncologists is committed to furthering urology research. The SUO-CTC is a registered 501c3 not-for-profit corporation and maintains a cooperative relationship with the Society of Urologic Oncology. SUO-CTC pursues clinical trials, in concert with sponsors, to investigate therapeutic interventions which address urological cancers including, but not restricted to bladder cancer, prostate cancer and renal cancer. Together with industry, the SUO-CTC offers enhanced research options for ultimately delivering better quality of life to our patients. 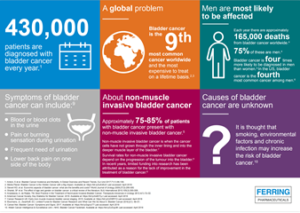 This page is not intended for patients or for members of the general public. It is only intended to be used by healthcare professionals.

Please wait while you are redirected to the right page...